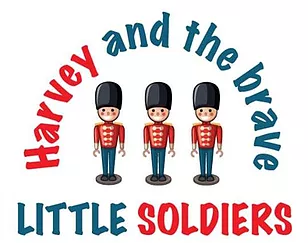 We are proud to share an in-depth look at how NPUK Trustee Jenny Charman came to establish Harvey and the Brave Little Soldiers, the fundraising super-group which does so much to help support Niemann-Pick UK (NPUK):

Hello, my name is Jenny Charman and firstly I would like to say a huge thank you for giving me the opportunity to share my story. A story about how a horrendous disease affected the lives of my entire family in unimaginable ways.

I would like to begin our story at the beginning. In December 2016 my oldest brother and his partner welcomed a beautiful baby boy into the world who they named Harvey! He brought so much joy to the family and I fell in love with my new nephew instantly. I couldn’t spend enough time with him! And as my mom and dads first grandchild you can imagine how spoiled he got. It was amazing to watch Harvey grow into such a smiley and giggly little boy. However, he had health concerns from birth; he was born very jaundice, he had an enlarged spleen and struggled to get the nutrients he needed so was given a feeding tube to help him. 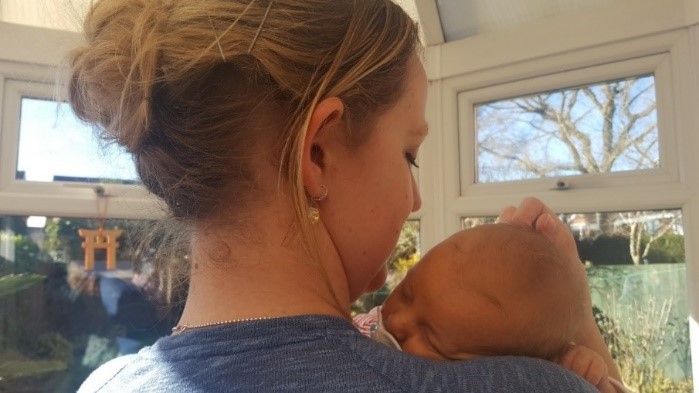 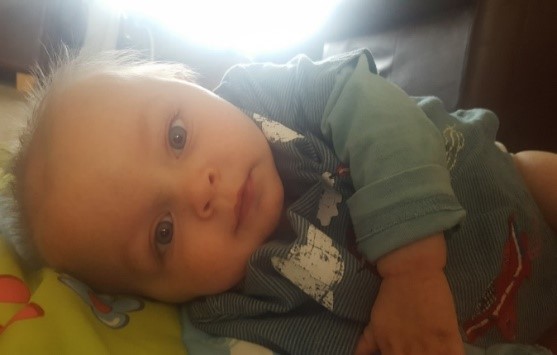 After many tests to try to determine what was making our lovely boy so poorly, at 6 months old, our word came crashing down. We were given the diagnosis of Niemann- Pick type C (NPC), alternatively referred to as childhood dementia.  Everybody has heard of dementia, knows how cruel and difficult it can be, watching the person you love deteriorate in front of your eyes. Now imagine this in the body of a child who has not yet had the chance to experience life. This disease is cruel, unforgiving and relentless.

NPC is a rare, degenerative and ultimately fatal disease. The age of onset and rate of progression can vary greatly from person to person. However, it often unforgivably affects our most vulnerable…. children! This cruel disease stops the body breaking down fats in the cells and around vital organs such as the brain and liver. These fats then build up causing irreversible damage and causes symptoms similar to those who suffer with dementia. This is such a rare disease, which affects every child differently, that it is unusual that Harvey got a diagnosis when he did. We were very fortunate that the hospital recognised his symptoms and sent him for the necessary tests as Niemann Pick is still a very unknown condition and often gets misdiagnosed. Many children will recover from the jaundice and begin to reach their milestones as normal until further symptoms begin in what could be even a few years time. A child can go through years of testing before parents are given the devastating news and by then symptoms are likely to have progressed before meaningful help can be provided. 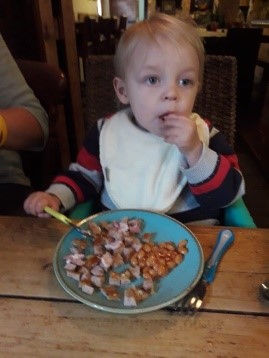 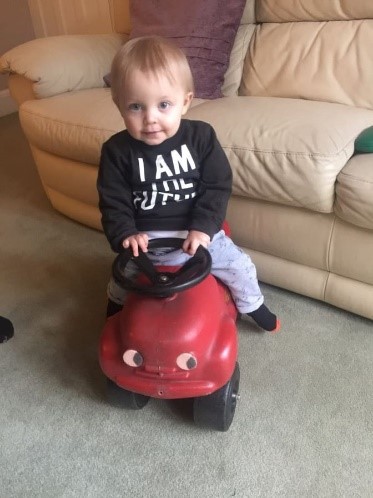 When Harvey was younger, he was babbling, trying to get around and full of smiles, he would was wave and mimick those around him, developing normally as a child although slightly slower.

Part of his condition means his immune system struggles to fight off illnesses that every child would face. This meant at 18 months Harvey was in and out of hospital with various illnesses and lost so much weight he needed to be put back on the feeding tube. This went on for over 6 months and had a big effect on his development. Harvey stopped babbling and seemed to be lost in his own world. He struggled to maintain eye contact and began losing concentration during tasks he once loved like reading stories with family or playing with his toys. The family was worried that the cruel degenerative aspect of this disease had already started and we were losing Harvey. 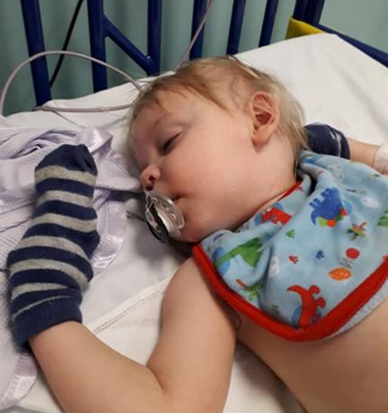 But the story I am sharing with you today also involves hope. Hope none of us could not have imagined we would be feeling when we were given Harvey’s diagnosis 3 years ago. This is largely down to a charity named Niemann- Pick UK (NPUK), a small non-government funded charity aimed at helping children like Harvey and families like ours. What we realised was that our family was not alone in dealing with this diagnosis and despite being rare, others have gone through similar experiences. What also gave us hope was that via the charity we found out research was taking place and advances were being made in treatments.

This is where our fundraising story began. Because NPUK is not government funded it relies on fundraising and donations in order to continue their work. The family wanted to raise as much money as possible for NPUK so that it felt like we were helping in some small way at a time when we felt so helpless. As a result, I created a fundraising group called ‘Harvey and the brave little soldiers’.

We soon got to work organizing events and we wanted to put ‘fun’ in ‘fundraising’ (Pun intended). Our first event was a clubbercise night called “Party for Harvey”. It was an amazing night. So much money was raised for NPUK and the support we received was humbling.

A few months later I jokingly suggested that perhaps we should climb Snowdon as our next event. Little did I realise this would result in over 40 people, including the village ukulele band, fully equipped with our newly printed t-shirts, ukuleles and a cahon joining me in Llamberis on what turned out to be a truly inspirational day. It is one that none of us will ever forget. As well as the hundreds of bystanders who witnessed the bands performance at the summit.

Through further events such as: An acoustic night, car boots, an easter eggstravaganza (yes, it’s another pun- sorry), sponsored runs/ toddles and several fancy dress bike rides we have raised over an amazing £40,000 and definitely will not be stopping here. Together we are a community and we are extremely thankful for the support we have received. We all want one thing- to raise essential funds and as much awareness as possible about Neimann- pick. Looking back at each and every one of these events makes me feel emotional and proud because it shows everybody coming together, showing each other support and love. What started off as me, my partner and immediate family has now snowballed into the wider community taking on challenges and local business’ supporting our cause. 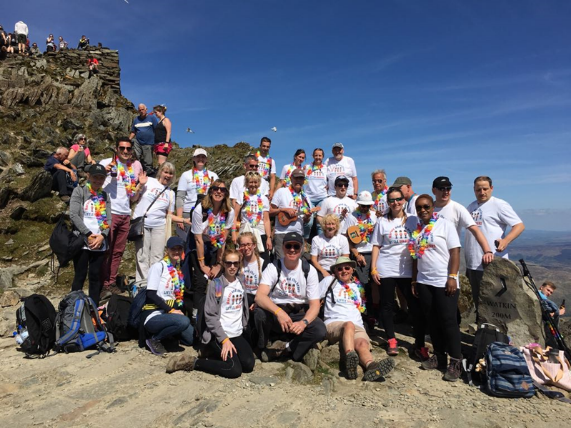 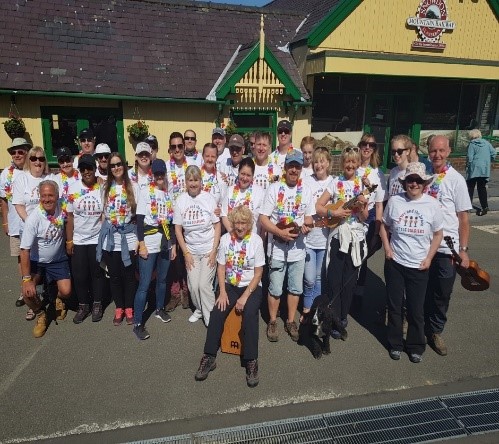 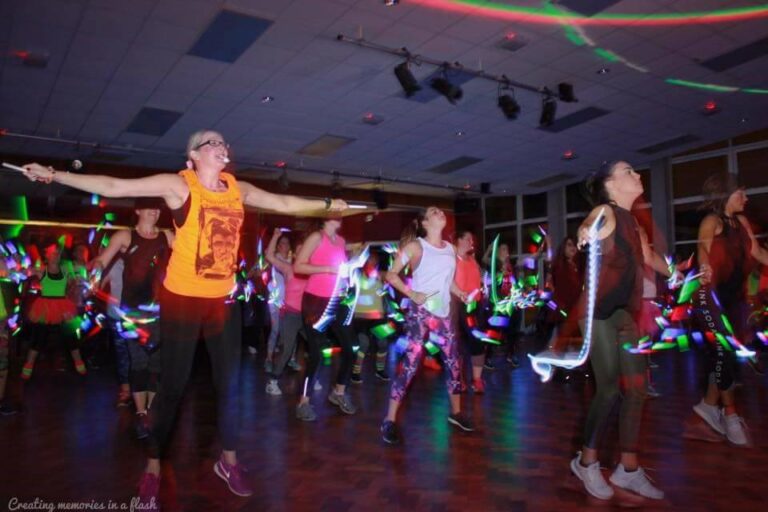 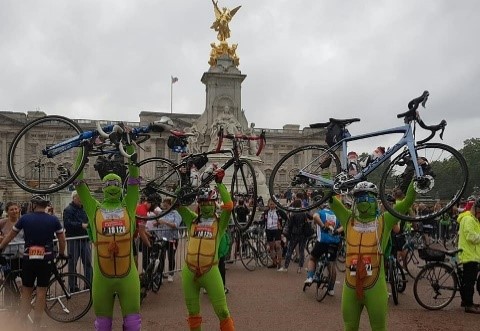 I have recently been lucky enough to also become a Trustee for NPUK and have been able to witness first-hand how much the charity relies on and appreciates fundraising from groups like ‘Harvey and the Brave Little Soldiers’ as without these funds they would be unable to provide the services they do. I have also been able to see how much NPUK supports the research that takes place which includes awarding grants for university students to encourage further research in this niche area.

Although Niemann-Pick is presently still fatal, research has progressed massively in the last few years in terms of possible treatments for sufferers. 3 to 4 years ago there were no trials. But today there are 4 clinical trials taking place with more on the horizon. This will further our knowledge of the condition and more importantly enable researchers to best understand ways to ultimately combat the disease.

Advances in treatments have meant that our beloved little boy is still with us and has a good quality of life.

It has been a hard 3 years and Harvey has been through so much for someone so small but a year ago he was put on a trial where he is hooked up to an IV for 8 hours every two weeks. The idea is that this medication helps in breaking down the build up of fats around the vital organs, which is one of the main issues of this disease. The hope is that this will slow the progression of the disease down and improve Harvey’s quality of life.

Since this has all happened Harvey has transformed in front of our eyes and is now is beginning to be the happy giggly boy we always knew was there. He is no longer on his feeding tube and instead has had a peg inserted straight to his stomach. This allows him to get the nutrients he needs without the restricting and uncomfortable tube running down his nose and throat. He has started babbling again and makes his presence known. He will certainly now let you know if he doesn’t want to do something. Harvey is regaining some of his focus and is enjoying his books and the games we used to play. He is also now crawling and even started at Green Lane Special Needs nursery, milestones we never knew if we would reach with Harvey. This little boy doesn’t stop amazing us!

Hope tells us a cure WILL be found, but funds need to continue to be raised in order for this to happen. That’s where all of us come in. With our help NPUK can continue the amazing work they are doing! Together we can make a difference. Together we can beat Niemann-Pick disease!