So happy to finally be able to share the news that the incredibly talented BAFTA nominated actress, Weruche Opia, is supporting our upcoming short film “Invisible Manners”.

Best known for starring as Terry Pratchard in the ground-breaking BBC series I May Destroy You, which earned her a BAFTA nomination in the Supporting Actress category, Weruche has featured in a number of other well-loved productions including Top Boy Netflix, Inside NO. 9, and many more! 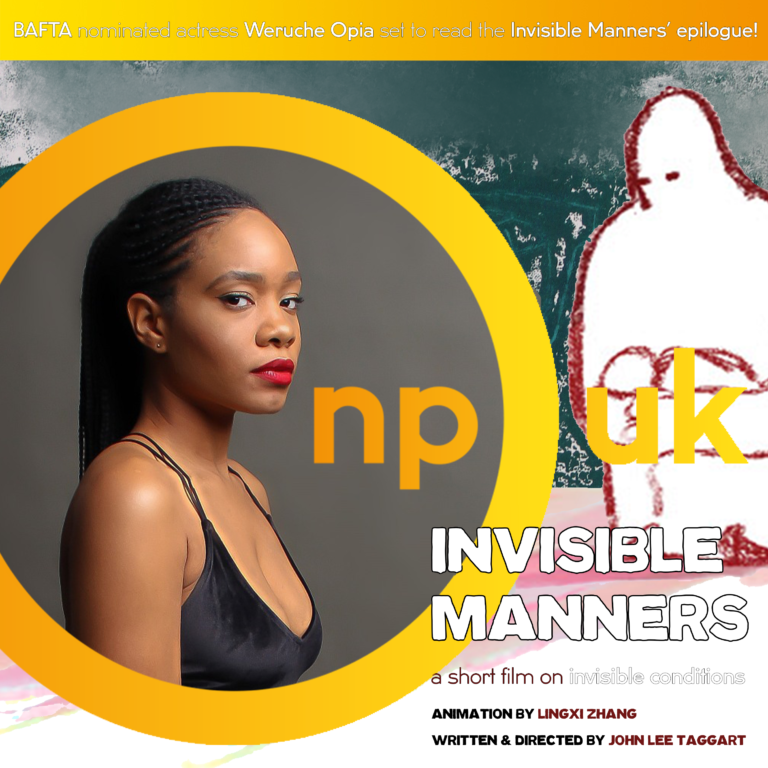 Invisible Manners will tackle many themes and challenges surrounding invisible conditions more broadly…so we feel Weruche’s epilogue, which will play after the main film and before the end credits, is essential to provide context for those outside of the NPD community and to connect the lived experiences and challenges of all of those affected by invisible conditions to NPUK and the people we represent.