As part of our core objectives, which have guided our small charity for the last 30 years, we encourage scientific and medical research in the field of Niemann-Pick disease, believing it vital to achieving positive progress for our community.

With this in mind we offer an annual award of up to £1,000, the Peter Carlton Jones Memorial Award, which is made available to an individual who is engaged in either research, teaching, treatment or care in the field of Niemann-Pick disease, within the public or private sectors in the UK. The award is granted in response to the submission of a research project (not a literature review), which provides an original contribution to the scientific or public understanding of Niemann-Pick disease and/or its treatment. As part of our NPUK: 30 celebrations we sat down with long-serving NPUK Trustee Richard Rogerson, to get a bit more background on this valuable initiative:

“…he [Peter Carlton Jones] was introduced to NPUK through Tony Jellings [Former NPUK Trustee], who was a family friend.  Peter became interested in the group and subsequently became a committed member of the Trustee Board… 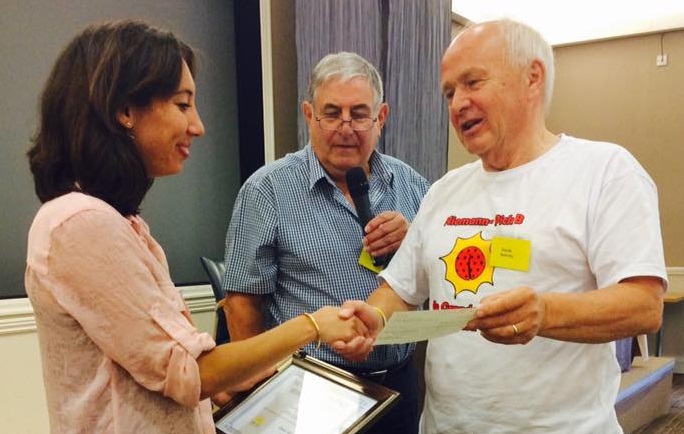 …it was in his role as Trustee that Peter, along with his wife Lesley, attended the NPUK Annual Family Conference in Telford in 2004, during which Peter suddenly collapsed and sadly passed away. In honour of Peter and his valued work on behalf of the Niemann-Pick community, his fellow trustees developed an award scheme in his name…”

The Peter Carlton Jones Memorial Award was launched at the NPUK Conference in 2005 and is granted in response to the submission of a research project which provides an original contribution to the scientific or public understanding of the Niemann-Pick diseases and/or their treatment or cure. Peter’s wife Lesley has generously provided an annual donation to support the Award of up to one thousand pounds to the successful applicant.

“…the first Award was presented in 2006 to Dr. Emyr Lloyd-Evans, then of the University of Oxford.  Dr Lloyd-Evans has subsequently moved to Cardiff University, where he runs his own lab, continuing his work and interest in Niemann-Pick diseases and inspiring his colleagues and students to do the same…”

Since its inception, the Award has been granted to 21 young researchers, generating worldwide interest and contributing to understanding and progress in the field of Niemann-Pick diseases. We are grateful to Peter and his family for their commitment and contribution to NPUK and for the ongoing and hugely valuable legacy of the Award that holds his name. We hope that it will support positive interest and potential progress in the field of Niemann-Pick disease research for many years to come. 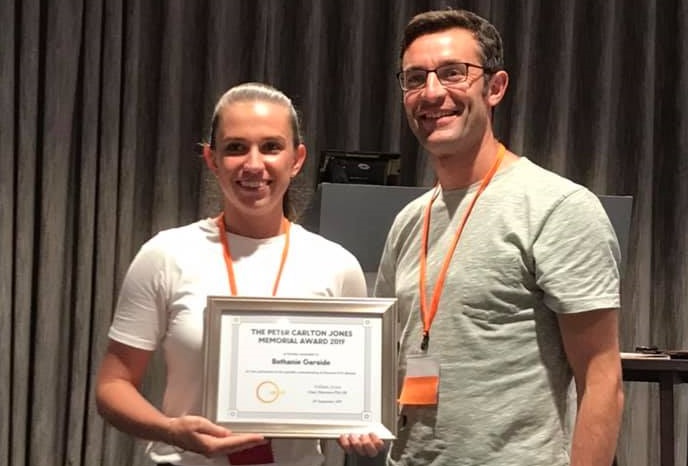 Many thanks to Richard for taking the time to sit down with NPUK Chief Executive Toni Mathieson and NPUK Communications & Campaigns Manager John Lee Taggart to provide further insight on this subject as part of our NPUK: 30 celebrations. You can learn more about Richard and his role below:

Richard Rogerson, NPUK Trustee: “…although now retired, I am able to reflect on my 40 years’ experience of management within the NHS. This has ranged from the management of community and acute health services to the demolition of obsolete estate and commissioning and provision of new services to meet local need.

As a founding member of the NPUK Board of Trustees I was pleased to be able to use my NHS experience to good effect; and, during the past 30 years help the charity’s service development. Until recently I have also provided a link between the Department of Health and the NHS, representing NPUK at regular meetings with the Specialised Health Care Alliance, and keeping the rest of the trustees up to date on healthcare reforms and developments in the provision of highly specialised services for Niemann-Pick disease.

My work on grant applications has helped NPUK to develop to the stage that it is at today, as we have been able to widen the scope of our services to families. With every passing year we are, as a charity, only getting bigger and better and it is the real positive influence that we have on people’s lives that makes NPUK such a special charity…”