The parents and families affected by childhood dementia are robbed of many “normal” joys of everyday life with their children, and instead have to witness their child’s rapid decline. Several different groups of neurological diseases, including Niemann-Pick disease, cause dementia in children. There is little research into the prevalence of all of these different forms of childhood dementia in the UK, so the total number of children affected by these diseases remains an estimate.

Dementia Strikes Children Too campaign this month. The campaign aims to raise awareness of childhood dementia, drive for better clinical education of this group of diseases, and put in place the systems and tools for earlier diagnosis. This community-driven campaign has been co-developed by many families, and three patient support organisations (NPUK, BDFA & MPS Society), with the support of biopharmaceutical company BioMarin, in order to help share the stories of real children living with these group of diseases. 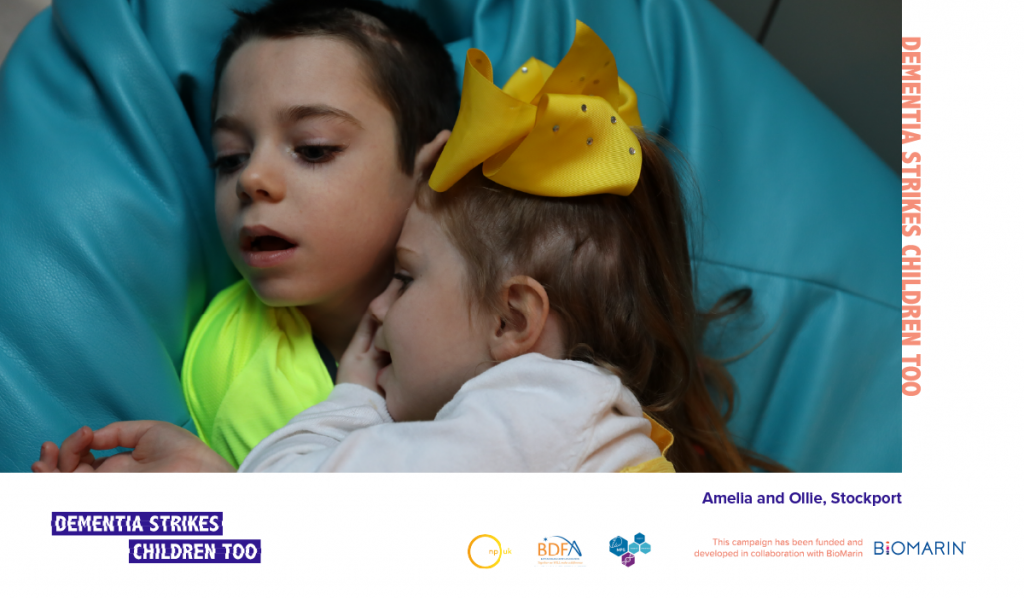 “…in a recent survey by YouGov, only 4% of MPs said they were familiar with childhood dementia as a disease..”

To create real change, the Dementia Strikes Children Too campaign is attempting to reach as many people as possible in the UK. You may have already spotted our social media posts across Facebook, Twitter, and Instagram, but we also have posters pride of place in Westminster Tube Station (right by the Houses of Parliament)…this is fantastic, but not enough – we need your help.

You can get involved by sharing our social media posts and all campaign materials to your friends, family, and wider circle. You can also make a more direct impact by tweeting your own MP about childhood dementia, and calling for them to support the campaign by visiting this website, learning more and getting involved in campaign activity. You can find your local MP’s Twitter handle using the ‘Tweet Your MP’ webtool.

Together we will make a difference, and spread the word that #DementiaStrikesChildrenToo