“No more tiredness – I look forward to it!” Rani Voncxz

The days have been tiring recently for the family from Tessenderlo, but they endured the biweekly trips to Amsterdam for the tests with a smile! Not exactly surprising when you learn that this year marks sixteen years of searching…and that finally they have heard that treatment may be possible. 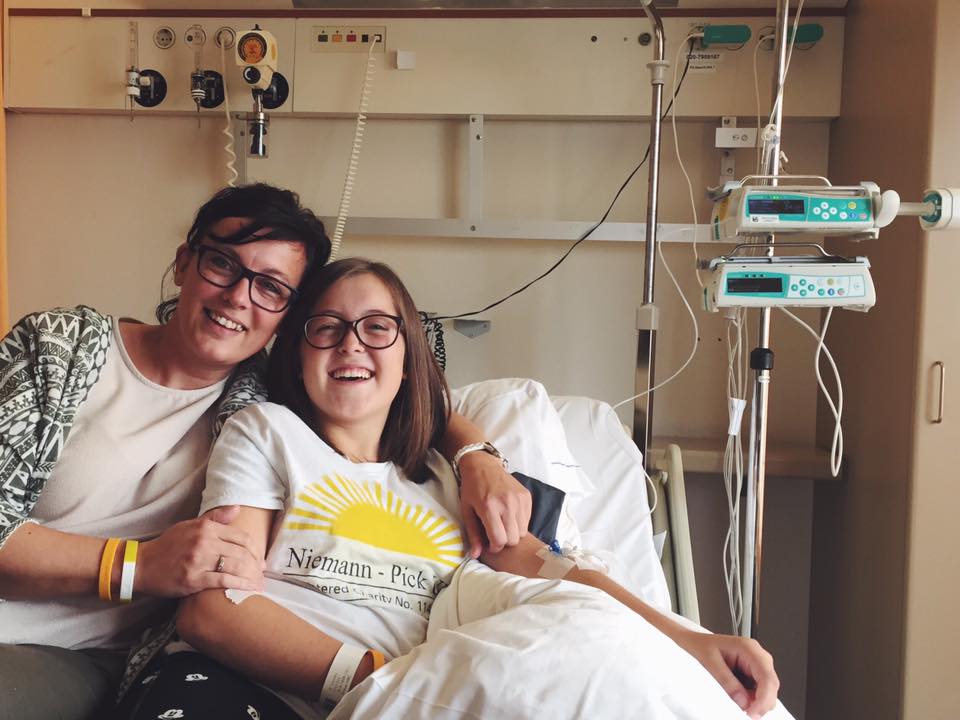 “When Rani was one and a half years old, we discovered that she had the disease known as Niemann-Pick Type B”, said mother Mietje De Keyser (41). “A rare metabolic disorder in which waste materials are broken down badly and accumulate in the liver and spleen (making them larger). Patients are rather small in stature, have a low platelet count which makes them exhibit bruise more easily, have extensive bleeding, and are also quickly tired. You learn to live with those limitations, and type B is likely the most favourable variant of the disease. Those who suffer from type A, often don’t survive past the first years of their lives. Type C patients often pass away before they are a teenager, or perhaps as a young adult in their 20s. Rani is thankfully here now, but we have had to say goodbye to a lot of friends from across the globe who had Niemann-Pick disease. “

The family searched and eventually found peers in England, as in Belgium there are only two others with NPD, who were then unknown to them, that are affected by the disease.

“We had already heard about a possible therapy that was being worked on in America. But we always thought that any trials would take place in England and that it would therefore be impossible for us,” said De Keyser. “At the beginning however, this year we were unexpectedly told that Rani had been selected to participate in a test program in Amsterdam. Great news, of course, although we had to wait and see if Rani would pass the first screening. In order to participate in such trials you don’t have to be entirely healthy, but cannot be very sick. Thankfully a few weeks ago we received the news that everything was fine, and this week we started with the first treatment. The prospects are certainly very positive. “

The teenager will begin a year-long trial in which every two weeks she will have to visit a hospital, which includes at least one visit to the Netherlands in order to go on a drip – this will be fully paid for by the pharmaceutical company. The aim of this is to greatly reduce the symptoms of the disease, as complete healing is not yet possible. The entire test will take five years.

“Moreover, it may be that Rani has to wait another year, as there is a possibility that she is in a control group which is only receiving a placebo. Even the doctors do not know what the patient is administered, as it is a double-blind study. We wish we could just not think about it, but if this happens, we would at worst wait a year to then get the actual drug. Anyway, we always help fellow sufferers (of NPD) to take part in this:  Rani herself is already looking confidently towards the future.”

“No more tiredness after a short bike ride or run up the stairs! I look forward to it. I want to have a ‘normal’ life, I want to be able to go on vacation and not attract stares from people who are looking at my bulging belly” said Rani, “hearing that I was allowed to participate in these tests immediately made me speechless. It’s still a long way off but I’m very happy that I have been given this chance”.