(1/4) Susan Green: A Parent’s Perspective of the Clinical Trial Process

As we celebrate our milestone 30th year as a small charity, we are pleased to be joined by foundational figure Susan Green who developed Niemann-Pick UK back in 1991 along with her husband Jim. This article, originally shared in 2009, gives insight into their family life and motivation (it will be serialised into four parts due to length, and shared throughout the month – this is part 1).

Jim and I were blessed with three happy healthy children, our sons Roy and Murray and our adopted daughter, Ailsa. Murray, our youngest son, had jaundice when he was born which took a while to clear up. Later, at the age of three, it was noticed that he had an enlarged spleen, various tests were done but all were negative. In spite of yearly monitoring no-one seemed to know why his spleen was enlarged. He was growing well and seemed healthy but, although he was bright and cheerful with a good general knowledge and a great love of books, he was not doing too well with his school work. 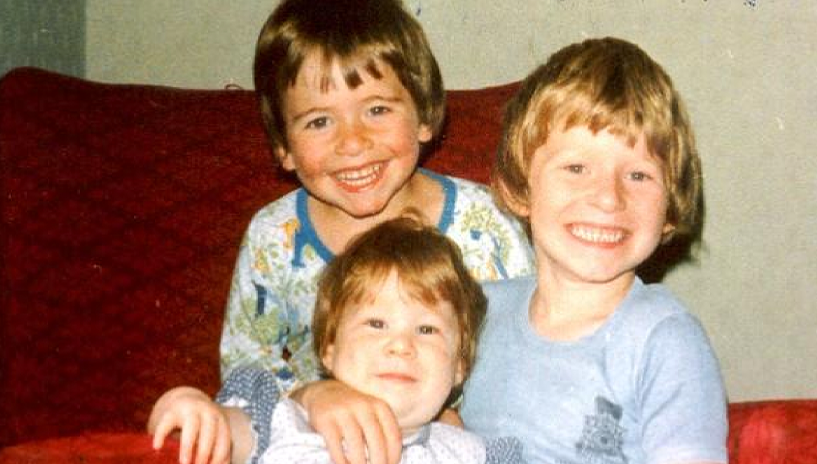 Here they are again below, three healthy children ‐ or so we thought. Little did we know that we were shortly to begin our journey with Niemann-Pick Disease…

It was in August 1990 that Murray, then aged eleven, started having epileptic seizures and was rushed to hospital with a suspected brain tumour. We were very relieved when tests showed that it was not a brain tumour. It took another six weeks of tests before our neurologist said that he thought Murray might have a very rare metabolic disease. We had never heard of metabolic diseases. Another three months passed by before the results of his skin biopsy confirmed that Murray had Niemann-Pick disease type C. 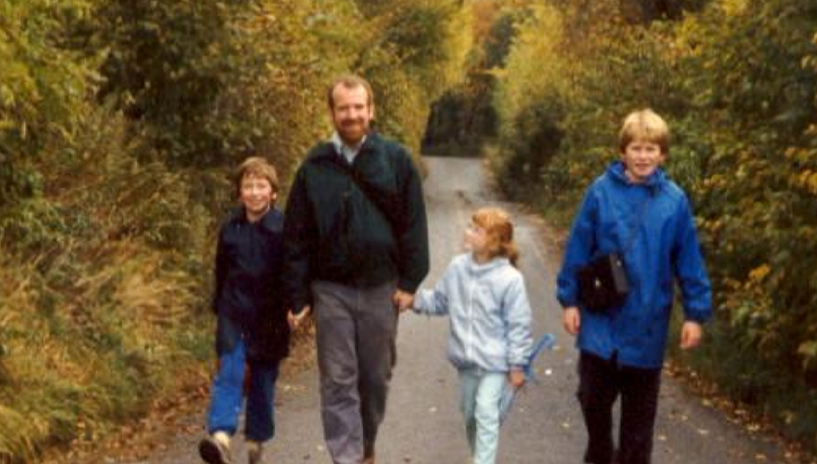 To say we were devastated would be a huge understatement. But there was more to come. We were told that Jim and I were carriers of this disease and that there was a one in four chance that Roy might also be affected. Six months later it was confirmed that Roy also had NPC. He was 14 years old and was showing no obvious signs of the disease. It was so difficult to understand that our sons were going to die. They looked just the same as they always had.

Most people in the NPUK Community reading this will understand only too well how we felt. Since the moment of diagnosis we have been grieving for the loss of the healthy sons we should have had.  Our dreams for their future, our future, have been shattered. We still live with the pain of this grief, and it doesn’t go away.

We tried to find out as much as we could about Niemann-Pick disease but, in 1990 (before the World Wide Web and public access to the internet!) it was very difficult to get any information. What information we did manage to find was very difficult to accept. We didn’t like what we heard. We had to learn a whole new language to even understand the symptoms! Hepatosplenomegaly, Vertical opthalmoplegia, ataxia, distonia, seizures, peripheral neuropathy, cataplexy, muscular spasms, spasticity and dementia;

We felt as if we had been parachuted into a foreign country where there were no signposts, no maps or guidebooks and we didn’t understand a word of the language! We desperately needed to talk to someone who was familiar with this strange new country and could point us in the right direction. 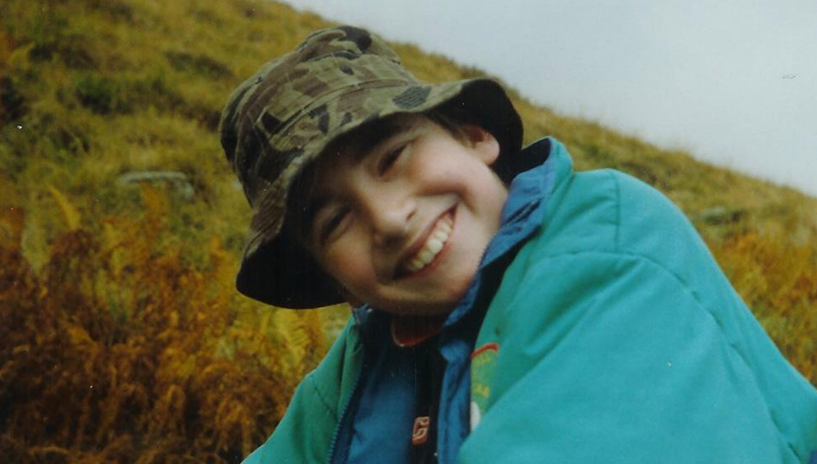 Eventually we made contact with some more families and started a support group ‐ the beginning of the NPDG (UK) [now Niemann-Pick UK]. In listening to families it was obvious that they were all seeing different doctors and no one seemed to know much about Niemann‐Pick disease! Nearly all of the families we made contact with had also been told the same thing – that this disease was so rare that they were probably the only family in the country with a child with Niemann-Pick Disease.

In listening to these families we realised that each one of the children were being seen by a different clinician, what we needed was one doctor who could see more than one family and learn more about this disease. Fortunately I was invited by Dr Sardarwaller to visit the Willink Biochemical Genetics Unit in Manchester “to see how they might be able to help”. Dr Sardarwaller had recently retired as Director of the Willink and was keen to introduce me to the new Director, Dr Ed Wraith. Dr Wraith offered to hold a clinic for patients with Niemann‐Pick Disease…and the rest is history!

Shortly after the boys were diagnosed, I had also written letters to everybody I could think of who might know about this disease (no internet or email in those days!). Eventually I received a letter from the National Institutes of health in Bethesda, USA. They said that they were conducting a clinical trial on the use of cholesterol lowering drugs for NPC and wondered if we would like to be involved… 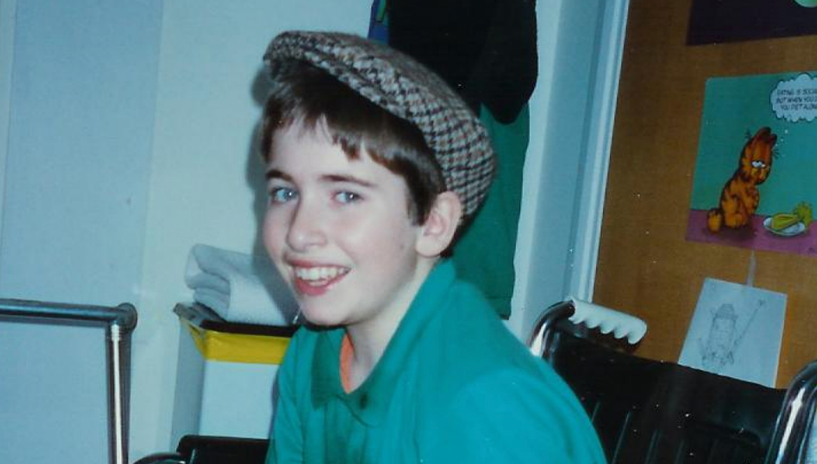 Murray‘s seizures were proving difficult to control and he was too ill at the time, so Roy and I went by ourselves. We were made very welcome and met Dr Roscoe Brady who was in charge; Dr Peter Pentchev, the biochemist, and a young Australian doctor who was working there called Dr Marc Patterson. We also met some parents from the US who had taken part in the first part of the trial, to see if the drugs could reduce the amount of cholesterol in the liver. The second part was to see if the drugs had any effect on the brain. Unfortunately there was a problem with funding for the next stage of the trial. Some of the families who had been on the trial had arranged a meeting with the doctors involved to see how they might raise funds to help with the research. Roy and I were invited to come along to what would turn out to be the first meeting of the National Niemann‐Pick Disease Foundation. The folks at NIH said that they would be pleased to enrol both Roy and Murray on the trial when it got going again. 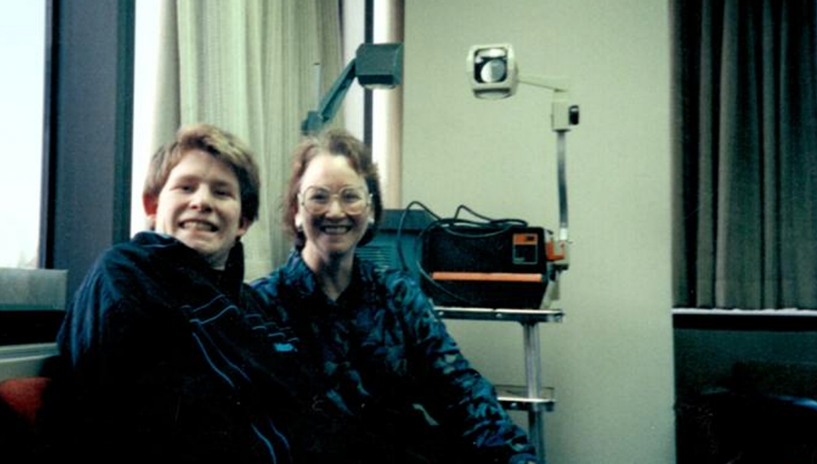 Jim and I knew that, if we wanted the boys to be part of the trial then we would need money to get us there on a regular basis. We went public with our story in the local newspaper. Not an easy thing to do! Our community in Hawick were fantastic and rallied round to help. In this photo I am clutching our tickets to Washington! 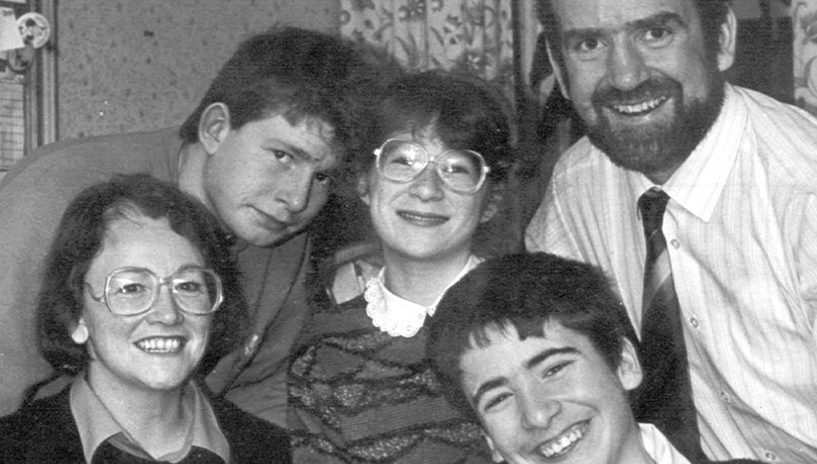 This article is part 1 of 4: Susan Green’s story will be continued in our next blog update…