(4/4) Susan Green: A Parent’s Perspective of the Clinical Trial Process

As we celebrate our milestone 30th year as a small charity, we are pleased to be joined by foundational figure Susan Green who developed Niemann-Pick UK back in 1991 along with her husband Jim. This article, originally shared in 2009, gives insight into their family life and motivation (it will be serialised into four parts due to length, and shared throughout the month – this is part 4). 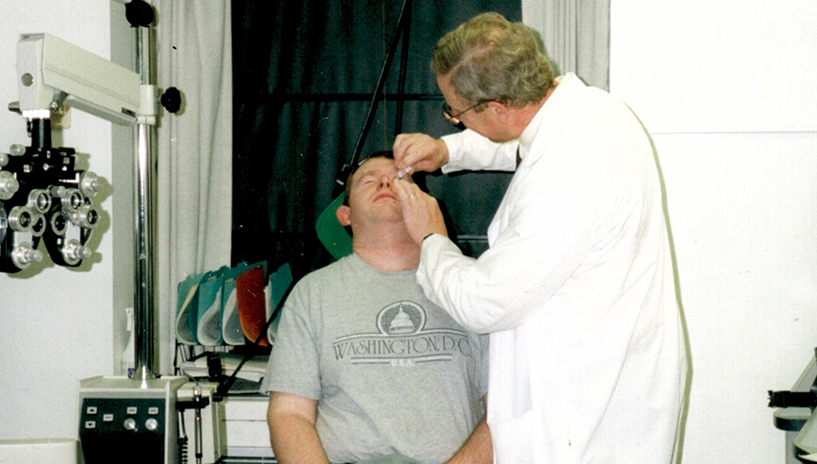 We went to NIH as usual in the summer and Dr Fitzgibbons, the ophthalmologist who Roy saw every year, asked how he was managing with the trial. When I explained that Roy was not on the trial because he could not do the eye movement test Dr Fitzgibbons said, “that’s nonsense, of course he can do it, that’s what we do every year!” He made a phone call and it was agreed that Roy could do the test again with Dr Fitzgibbons who was the person doing the test for all the USA trial patients…Roy passed with flying colours!

Back to the Willink in November and Roy was finally enrolled on the trial. He was very pleased – I was stunned! 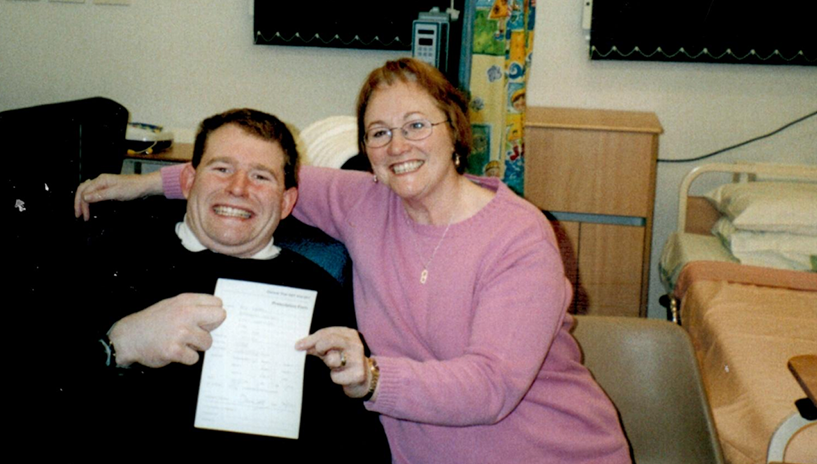 Helena and Jackie were delighted! The worst part was over, it was all uphill from there. That is except for the diarrhoea… but that’s another story. I now know what the phrase “when the s**t hits the wall” actually means. Seriously, we were very well looked after at every stage of the trial.

We were delighted that some of Roy’s symptoms actually improved on the trial, especially his speech and swallowing. That was an unexpected bonus. Taking Zavesca has helped to maintain Roy’s quality of life for much longer than we expected. The fact that he was still able to eat heartily has helped a great deal to keep him in good health.

There are no miracles however, and the disease continued relentlessly. Roy was no longer able to walk and needed someone to push him around in his wheelchair. His dementia progressed, but he would understand what was being said to him and never lost his sense of humour.

As Roy used to say, “if it wasn’t for the Niemann‐Pick I would be fine!” 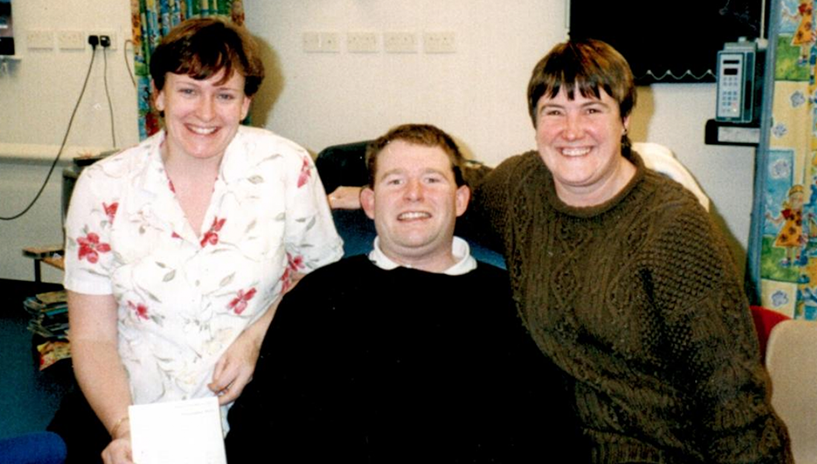 Roy was always keen to be involved in research. He felt it was important. He would say, “if the doctors are trying to find some answers to this disease then we need to do our bit to help”. At age 33 Roy was no longer able to travel to NIH but we were asked if he would be willing to be part of an extension study for the N‐ acetyl cysteine trial at NIH. They needed more information on adults with NPC and would like to access Roy’s medical records. I asked Roy and he replied as he always has in the past…“go for it!” 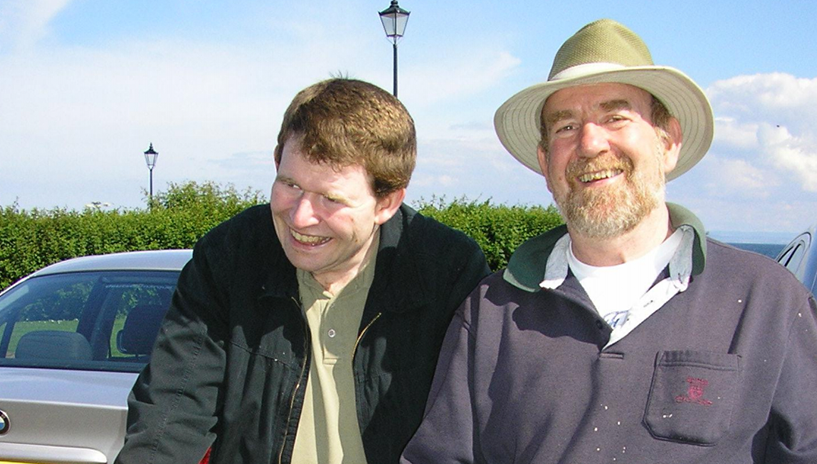 When the NPC1 gene was found Dr Peter Pentchev said, “the identification of the NPC1 gene is the fruit of a successful partnership between scientists and families and is a significant step in the research of Niemann‐Pick disease type C. Scientists from many countries worldwide contributed to these findings by sharing data and cell lines from affected families. NPUK helped by locating families with children affected by the disorder and the investigators received major financial support for this work from both the APMRF and the NNPDF. He said that families with children affected by NPC have been important for much more. When he first began studying the causes of this disease, the lack of knowledge led to an ‘incurably hopeless wasteland’. Even worse, the disease was one of the ‘orphan diseases’ that strike only a small number of people, leaving drug companies and most laboratories little incentive to understand them. The parents did not accept this hopelessness, he said, they took it on their own shoulders to enquire about what causes this disease. We had NOTHING but their courage. These pioneering families, their faith and perseverance, that’s what led to the cloning of the gene”.

We have come a long way since then. We now have approved therapies for NPC, and more clinical studies and trials taking place. Dr Ed Wraith and his team in Manchester were at the cutting edge of clinical research (sadly Ed died from a neurodegenerative disorder on the 10th April 2013). We have had a clinical research nurse as well as a clinical nurse specialist, publishing research papers based on clinical observation of a very large group of patients. We have a team of dedicated clinicians and scientists in the field of Niemann‐Pick disease and new people being drawn into this field. Hundreds of research papers now appear on pub med. We have top quality pharmaceutical companies committed to developing therapies for NPD as well as International Registries of patients. 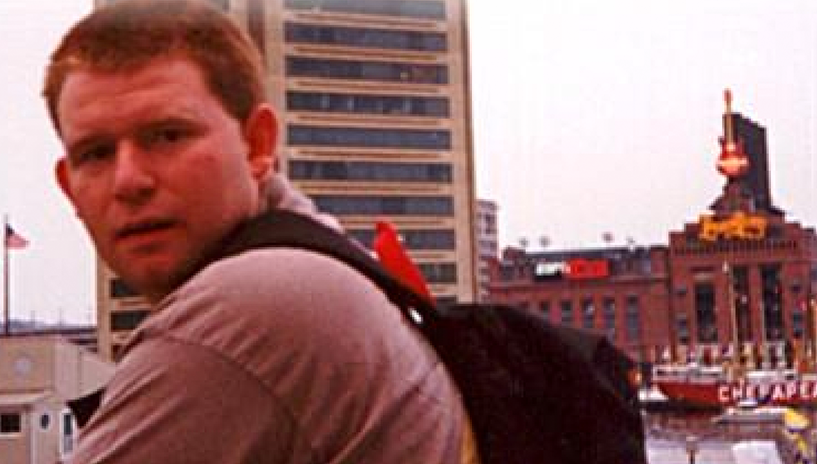 All of this and more based on, “The commitment of pioneering families, their faith and perseverance”. If you ever feel that you would like to take part in a clinical trial then, as Roy would say GO FOR IT! Today you are still pioneering families!

Thank you for reading.