Making of Invisible Manners: Magical News for our Production!

After numerous delays as a result of COVID-19, our invisible illness awareness campaign, in the form of a new animated short film, “Invisible Manners”, is well underway. We think we have spent enough time waiting for this production to start, and so now that the campaign is coming on leaps and bounds, we want to update you, the community, every step of the way, as this campaign is only possible through the commitment of our community, from focus groups to phone calls…”Invisible Manners” really has been a joint effort!

We are absolutely thrilled to announce that the actor Billy Boyd will be joining our short, animated film, Invisible Manners! Yes, you read that right! 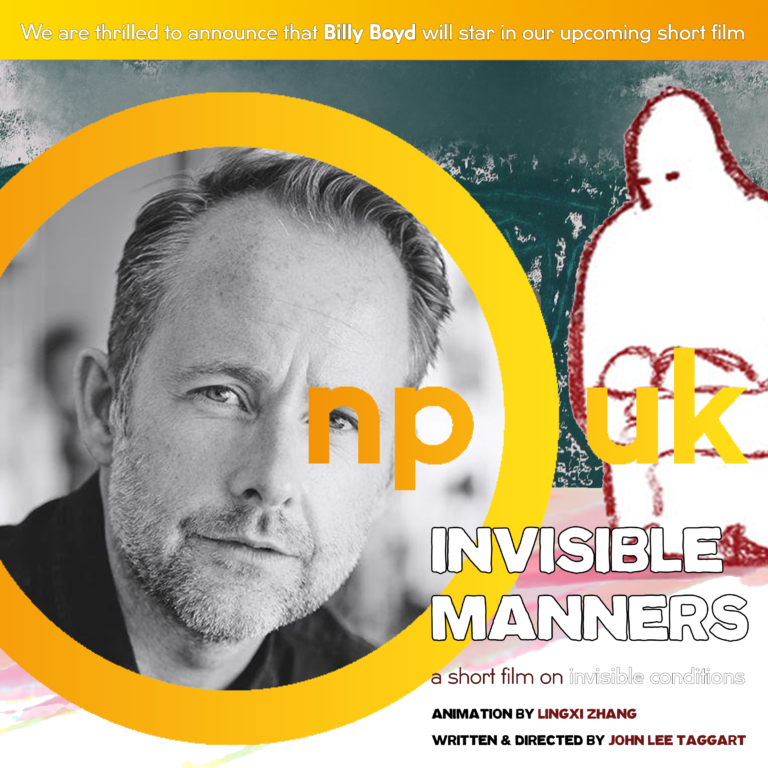 Billy Boyd is a hugely talented performer whether it be in acting or music, although he is likely best known for playing Pippin in the legendary The Lord of the Rings trilogy. Billy has also starred in films like Master and Commander: The Far Side of the World, Seed of Chucky, and Stone of Destiny, as well as appearing on stage in productions such as Sunshine on Leith and Macbeth at the Shakespeare’s Globe in 2013. As mentioned Billy is also a musician, fronting the band Beecake, and also wrote and performed the song “The Last Goodbye” which was played over the ending credits of the movie The Hobbit: The Battle of Five Armies.

It goes without saying, that this is a huge accolade for our production, and to have the support of such a well know and talented actor is incredible! We hope that by having Billy’s support in this project, our short film will reach an even wider audience and spark the interest of people who may know little about rare diseases, never mind Niemann-Pick disease!

We cannot wait to share Invisible Manners with you all, and to hear Billy Boyd, alongside other community members and surprise voice over features getting involved.

Stay tuned for yet more news to come very soon… you definitely will not want to miss it!