It probably goes without saying that last year led to major disruptions to all of our lives, with our day-to-day experiences and any plans we may have had greatly affected. Our support service, a number of external events, and of course our Annual Family Conference & Interactive Workshop were all provided through digital means, but there are some things that were cancelled or delayed.

One important item which has been delayed extensively was our upcoming awareness campaign surrounding Invisible Illnesses, which we had hoped would involve both the ASMD and NPC side of the NPUK Community as well as also providing the means for other members of the rare disease world to show support. However gathering cast, crews, production teams, and everyone in between to create the campaign content we were hoping to capture whilst sticking to government restrictions is at best, incredibly challenging – just ask Tom Cruise! 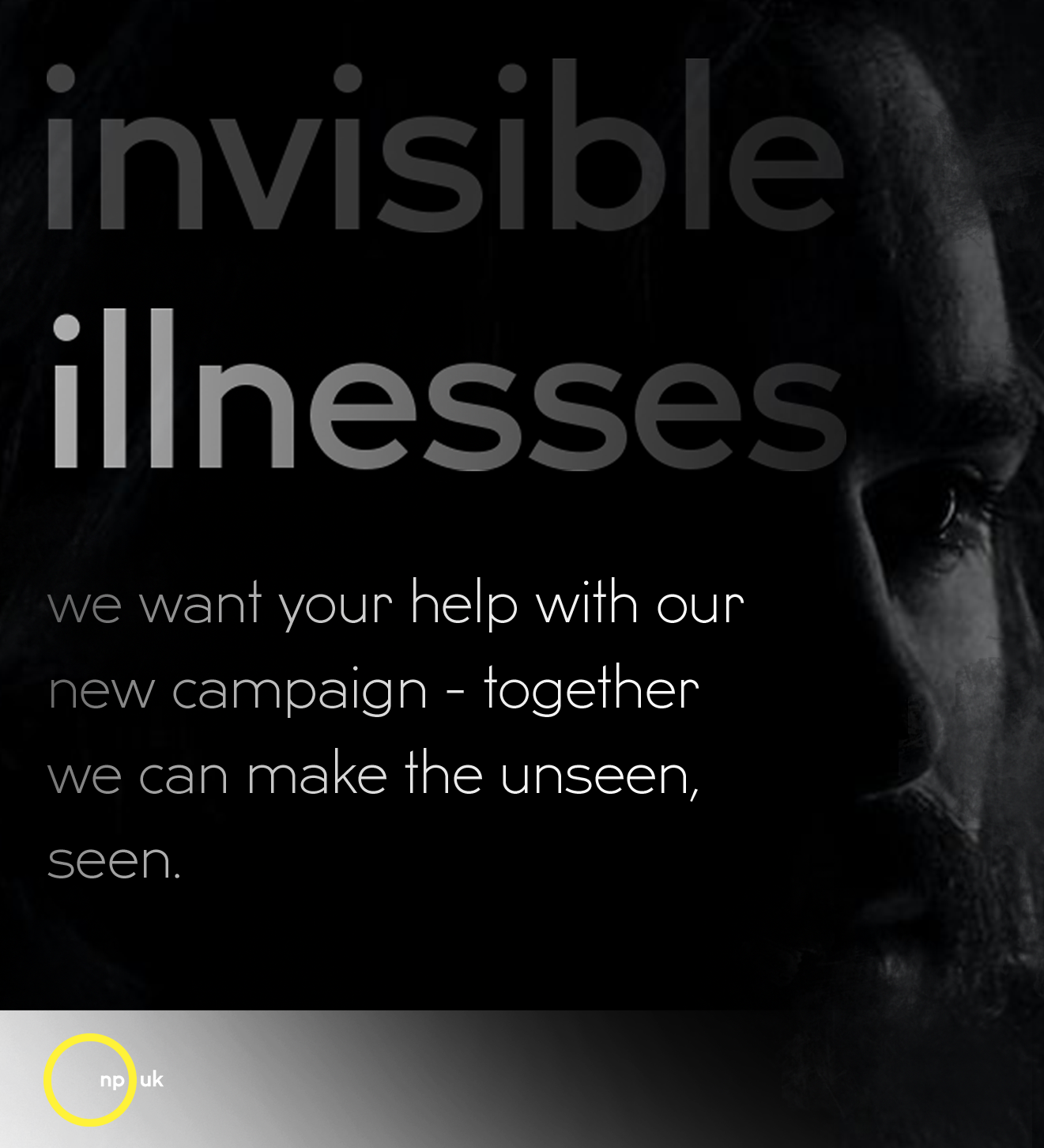 After careful consideration we have developed a way in which we can proceed, get our community involved, and still produce great content albeit with a limited production team. We are hoping to capture audio only stories (voice notes, any recording app, or Zoom can be used) from patients, families, carers and other members of the NPUK Community which feature times in which those affected by “invisible illnesses” have felt invisible. We will then adapt and use these stories in our campaign, consequently removing the need for in-person meet ups, home visits, etc.

If you would like to be involved in this part of the campaign, then please do get in touch with our Communications & Campaigns Manager John Lee Taggart by email at: john@npuk.org who can help with further information, writing stories, and tech assistance – remember that your input and feedback is always valued, so if you wish to be involved but not featured directly in this manner this would also be warmly appreciated.