Shona Beveridge shares her thoughts on this year’s Conference and explores her story with NPUK so far.

I spoke in the “My Story” section of the NPUK conference in 2017. It was hard reliving my diagnosis, but I was very happy to share it with everyone! I spoke about what lead to me being diagnosed with NPC, at such a late age. My parents only noticed I was different from all my friends at 13. I was taken to the GP at 14, who referred me to my local hospital for tests, I was initially going to be diagnosed with dyspraxia, but another consultant thought there was ataxia and something else going on as well, This resulted in me having blood taken and tests ran on it for all the common genetic ataxia diseases but the results all came back negative and I had more blood taken, which they ran tests on it for the rarer genetic ataxia diseases via an ataxia genetic panel test. Niemann Pick type C came back as positive – I was almost 16 years old.

The 23rd NPUK Annual Family Conference (2016) was just after I had been diagnosed, but my parents felt that it was far too soon after my diagnosis. My paediatric consultant had seen NPC before thankfully, because a boy who is currently on Miglustat has it – he was diagnosed at 10 and lives in Embo just north of Inverness. Anyway it was a quick diagnosis because we went to the GP’s in August, and had a diagnosis by July the next year. It was at Conference 2017 that I told everyone I was in selection for the Rickshaw Challenge during my “My Story“ speech. 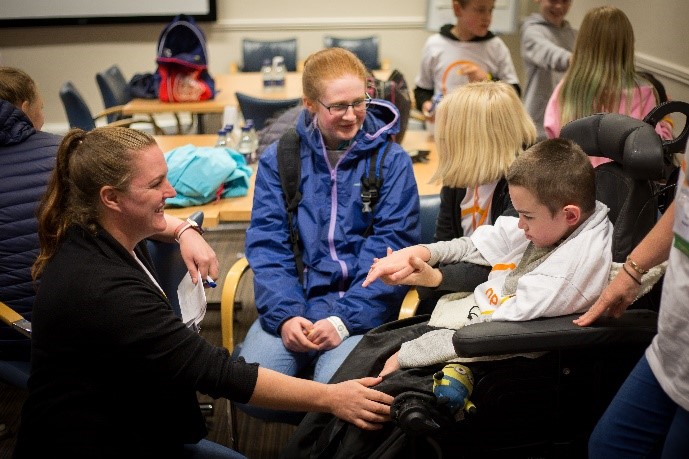 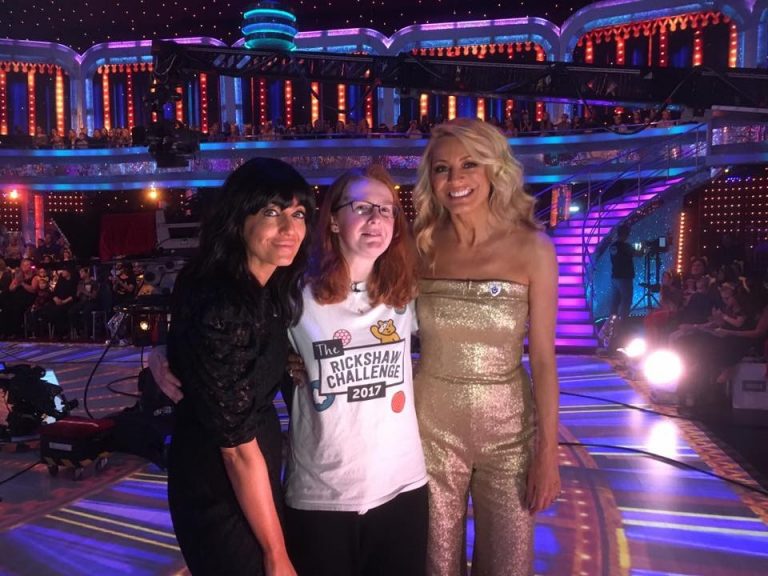 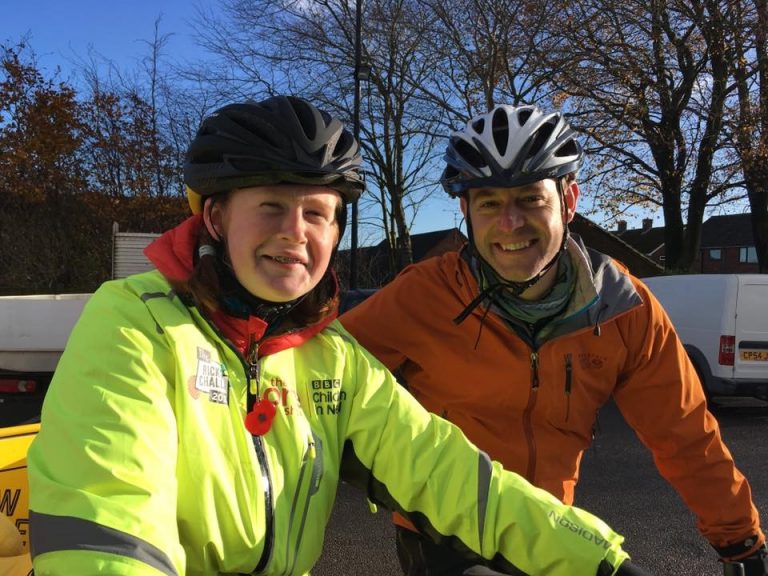 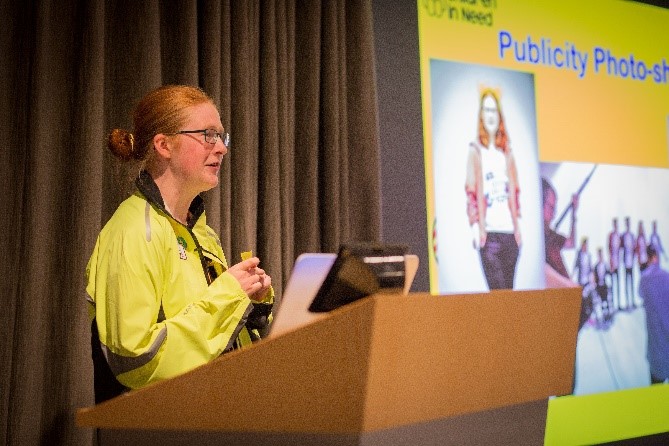 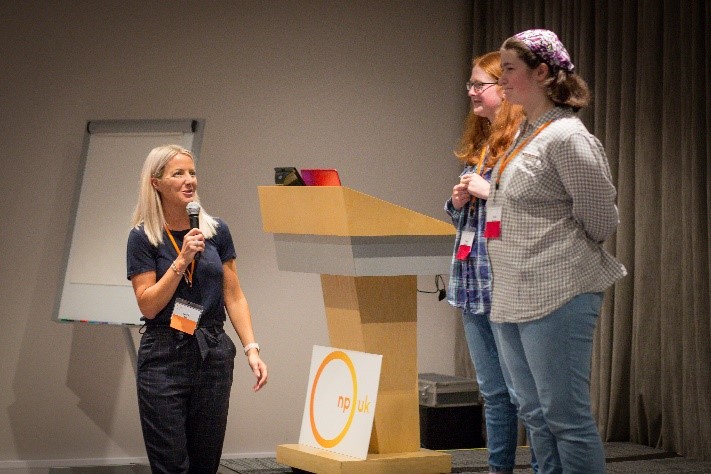 This year (2018) at Conference I spoke in front of specialist doctors, many of whom never get to hear from patients and the stories behind them. I did this with my younger sister Kelsie who also has NPC, but is not as bad as me. Fortunately I’m on the VTS-270 Cyclodextrin trial, (I started in March 2017), and I think this has helped me in more ways than one. I think my walking has improved because of the drug as well as my speech. I believe that I now have less tremors than before I started the drug trial. Lots of the specialist doctors wanted to speak to my sister and I, and ask us both questions, which we would try to answer if we could.

I also gave a speech about the Rickshaw Challenge. I felt honoured to be giving this speech, as Toni and Laura could have chosen anyone else to represent NPUK in the Rickshaw Challenge. I felt confident about giving this speech, as everyone knew me from my appearances on “The One Show”. I explained to the audience who exactly my team mates were and why they had been chosen, then I said a big thank you to everyone that came out to support me at the stops along the route from London to Glasgow. I explained about our chaperones and why they were there to the audience of NPUK families, who were patiently waiting to hear my legendary adventures from the Rickshaw Challenge. I couldn’t wait for Conference this year as I was a volunteer on the kid’s day out to Wicksteed Park. I was with all the younger kids, and mostly stayed with Lleyton doing everything that he did. I helped Lleyton make his chocolate mug brownie on the Sunday in the Junior Bake Off, which was good as I wanted to make one, but couldn’t take it home as I flew.